During the business agenda of the Compounding World Exhibition in Essen Head of Research and Development of R&P POLYPLASTIC Mikhail Katsevman presented a detailed report on the Russian market of polymer compound materials.

According to the expert, one of the main drivers for development of the compounding industry in Russia now is localization. This is connected to macroeconomic situation as well as reducing logistic costs and customs duties. 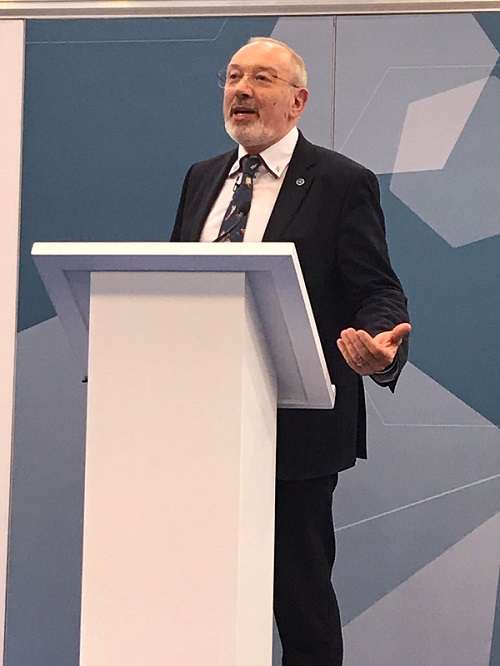 Mikhail Katsevman also told about the main areas of consumption of compound materials on the Russian market. Similarly to Europe the main consumers are producers of automobiles, household appliances, construction and packaging materials. R&P POLYPLASTIC supplies to all largest manufacturers on the Russian market including Renault-Nissan-Avtovaz, Volkswagen, Magna, Whirlpool, LG and Candy.

Concluding his report the speaker pointed out that R&P POLYPLASTIC is the absolute leader of the Russian compounding industry. Its main target is to expand its markets abroad. To increase its competitiveness the company has launched special projects “Digital production plant” and “Export boost”. First European consumers are already receiving their shipments.