On December 26, the “Employee of the Year” was presented at R&P POLYPLASTIC production sites in Engels and Togliatti. Competition winners were chosen from the awardees of “Employee of the Month” competition, which was established in August. These competitions take place within the framework of the corporate social program, which will be considerably expanded next year.

Following the results of the year the award in Engels was given to Alexandr Vladimirovich Rozhkov. Alexandr Vladimirovich has worked at R&P POLYPLASTIC for many years during which he proved to be a real professional. The quality of recycled materials produced under his guidance became a signature piece of the enterprise.

During the award giving ceremony, Alexandr Vladimirovich agreed to answer several questions of the company’s press-office.

Alexandr Vladimirovich, please tell us how long have you been working at R&P POLYPALSTIC? What are the specifics of recycled raw materials procession?

I am working at the plant since it’s opening in 2006. The specifics of work of my department is that we deal with procession of production waste only to use them once again in our production cycle. We believe that through our work the World becomes a cleaner place!

You have worked at R&P POLYPLASTIC for so many years! Where do you find the motivation for new labor achievements?

When your work makes sense, you always try to do it excellently.

Thank you for you work and please accept our warmest greetings with the coming New Year! 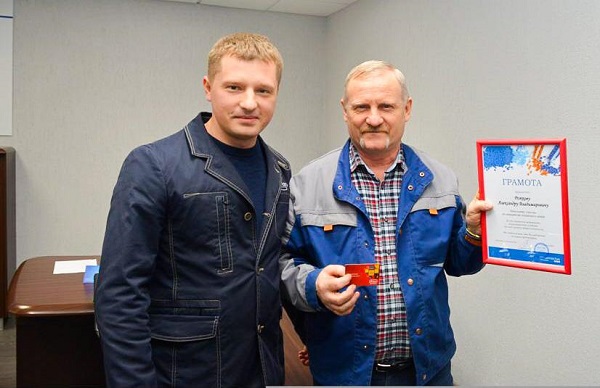 At the Togliatti site, the award was given to senior maintenance mechanic Buzickov Evgeniy Alexandrovich. The plant management noted his stable good results of work as well as the ability to suit even the toughest cases in his professional field.

Evgeniy Alexandrovich, how do you manage to efficiently and qualitatively deal with machinery breakdowns?

During machinery maintenance, it is crucial to carefully follow all the instructions, design drawings and technological processes.

New Year’s Eve is just a couple of days away. What would you like to wish to  R&P POLYPLASTIC team?

I would like to congratulate the R&P POLYPLASTIC team with the following New Year. I have no doubt, that our team can go on to achieve even greater things and I hope all problems will be easily solved next year!

I am sure that with such a team all problems can be solved! Congratulations with the coming New Year! 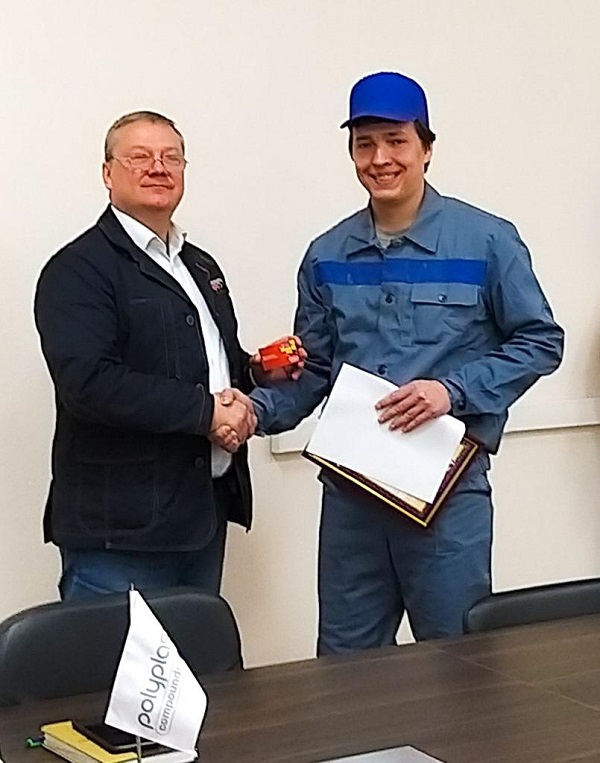 Prizes for the award winners include honorary certificates and M.Video gift cards. R&P POLYPALSTIC management would like to thank all employees for your work during the year! It is your talent, skill and labor, which made R&P POLYPLASTIC the leading compounder on the Russian market!