Each year 9 million people in the world die because of cancer. This number is comparable to the number of victims of a war. It is the plague of the 20th and 21st centuries and there is no cure for it anywhere.

R&P POLYPLASTIC felt compelled to provide charitable assistance to the Foundation of Cancer Prevention and its project “The higher school of oncology”. The company sponsored internship of two oncologists in the country’s leading medical educational establishments.

R&P POLYPLASTIC follows the success of the students and actively participates in their professional lives.

Towards the end of the year we decided to get to know our beneficiaries Maksim Chernyh and Daria Morgacheva a bit closer. 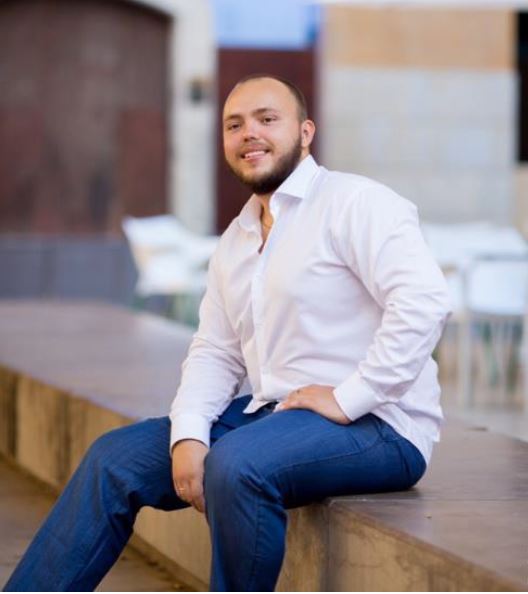 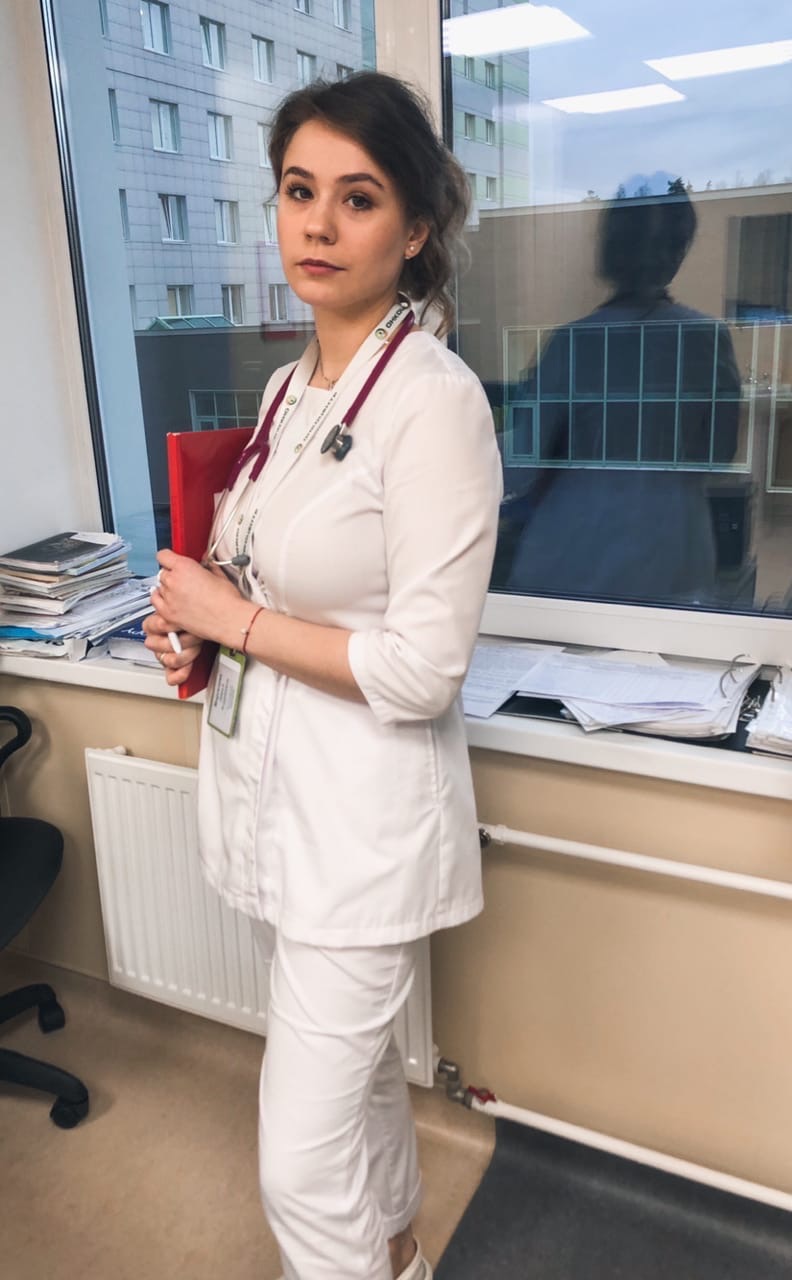 Maksim, Daria, thank you for your time. Let us start our interview.

Profession of an oncologist is one of hardest in the medical world.  What prompted you to enter a medical university and associate your life with medicine?

Maksim: Frankly speaking, I don’t have an interesting family story about medicine. None of my relatives were doctors and I have never been to the operating theatre before entering the medical school. Becoming a doctor was 100% my decision – I always wanted to work with people and for the sake of people and I wanted to do something with my own hands. That is why I decided to become a surgeon during my first year at medical school.

Daria: My grandmother worked as a midwife and often told me interesting stories from her professional life. Probably, that is the reason why I became interested in medicine. Parents often gave me human anatomy books, medical atlases and children’s encyclopedias as gifts. So, when I was seven I decided that I want to be a surgeon. At that time, I thought that surgery is the most complicated medical field. In middle school, I had some double thoughts about choosing my profession; I tried a variety of things such as journalism and acting. But even then, I never stopped thinking about medicine. The final decision was made thanks to my curiosity. I was always astonished by the complexity of human body functioning and I had this strong desire to understand what is happening inside us when a person is ill. So, when the time came to make the decision of my life a decided to become a doctor and started preparing for medical school exams.

What were the critical factors for choosing your profession? Maxim is an abdominal oncologist and Daria decided to become a pediatric oncologist.

Maksim: After finishing my internship, I started working as a surgeon in the purulent surgery unit in my hometown.  However, besides patients with purulent pathologies, there were many patients with last stage cancer diseases. My colleagues and I could only provide such patients with palliative care, alleviate life-threatening symptoms (tumor purulence, bowel obstruction and etc.) and lengthen their lives for just a couple of months. Thinking this over I understood that I want to help patients at such stages of their diseases when proper treatment can give them years and decades of life. I could do this only by gaining the necessary knowledge and experience and becoming an oncologist.

Daria: Oncology as a specialty attracted me during the whole time of my education in medical school. I thought that it is the largest and most rapidly developing field of medicine. When I was a fourth year student I started working in the critical care unit of an oncological dispensary. I wanted to gain some experience in working with cancer patients and understand whether this focus area is really for me. Two years of work in the oncological dispensary were decisive for me. Apart from huge practical and theoretical experience in the field of critical care, I also acknowledged that I want to work in the field of oncology. However, during my work I also understood that it is harder for me to deal with grown up patients, communicating with children is much easier and more pleasant. Then I thought: “Why not try to become a pediatric oncologist?” I started reading a lot about the situation in pediatric oncology in Russia, differences between cancer pathologies of children and grown ups and medical forecasting of these two groups of patients. With amazement, I learned that pediatric oncology is a much more dimensional and interesting area of medicine.

What did you personally achieve while studying at The higher school of oncology?

Daria: Closer to the end of year 5 of medical school I became very interested in The higher school of oncology. As I read more about it, a mixture of enthusiasm and disbelief caught me. I was so enthusiastic because I saw an opportunity for real studies. Along with that, I did not believe that an ordinary student from Samara would be able to enter The higher school of oncology.

Just a year later, I was extremely lucky: I won a grant and became resident of The higher school of oncology. Now, one and a half year later, I can say that I made the right choice!

The higher school of oncology is like another world! Everything here is focused on the students, so they could learn as many new things as possible. We study oncology from different positions: courses on oncohematology, oncogenetics and oncopathomorphology – all these courses allow us to judge the illness not only from the point of view of a chemotherapist or surgeon, but also from the point of view of a specialist of an adjacent profession. This knowledge changes your level of understanding about tumors. Besides training courses directly connected with oncology we also acquire basic knowledge in doctor-patient interaction, medical English, scientific communications, principles of medical statistics and critical reading of scientific articles. Moreover, this is not an entire list of subjects. So, The higher school of oncology is a 100% right choice for me and one of my best decisions in my professional life.

Maksim: Most of the time during my internship I spent in the Oncological department of StPGU. Thank to that I became part of a strong team of oncology surgeons who are always ready to learn and teach. Under the guidance of my tutors I became much more confidence while interacting with patients and working in the operating theatre. During this year and a half, I performed a number of operations, which in my hometown are not made even in regional hospitals. Apart from that, I received four grants for studying in Europe (two-day courses organized by the European Society of Medical Oncology).

Daria: It is difficult to distinguish any individual achievement. In my opinion, I made great strides in oncohematology. When I was a medical school student, this sphere was especially hard for me. At that point I thought: “Who even wants to become a hematologist? This specialization is so boring!”.

You can read the full version of the interview on: https://polyplastic-compounds.ru/rus

Management of The Foundation of Cancer Prevention expresses its sincere gratitude to its partner R&P POLYPLASTIC for financial support of The higher school of oncology project through which Maksim and Daria had the opportunity to continue their education. Thanks to the contribution of R&P POLYPLASTIC there will be two more oncologists in Russia. 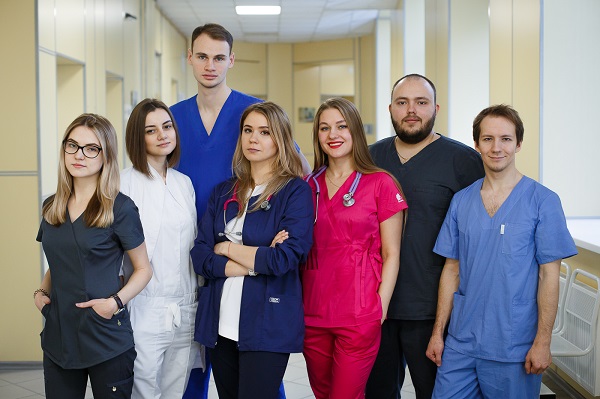